Effect of Cooperation on Online Gaming

EFFECT OF COOPERATION ON PLAYERS' IMMERSION AND ENJOYMENT EXPERIENCE 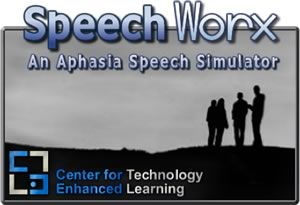 Aphasia is a loss or impairment of the ability to produce or comprehend language due to brain damage. One of the fundamental problems is that it is very difficult for family members and others who interact with the person afflicted to comprehend what the disorder is like; to develop a feeling of empathy.

To combat this problem the Center for Technology Enhanced Learning (CTEL) at Missouri S&T is developing a system with a working title of "SpeechWorx", which is a collaborative environment that simulates aphasia by converting a person's written speech to a form that would be similar to an aphasic's speech and/or perception.

Funded by CTEL, the LITE lab carried out an initial qualitative investigation of the tool in the Fall of 2005 and the data are currently being analyzed, with the basic aim of maximizing the system's effectiveness for enhancing understanding and empathy with respect to different types of aphasic disorders.

Journey to the Wild Divine 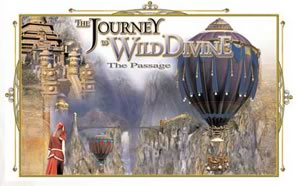 The Journey to the Wild Divine game is a video game journey, in which the player controls the game through autonomic nervous system responses (heart rate and skin conductance). The ultimate goal is to teach the user to control these autonomic responses through breathing and meditation techniques, within the context of an engaging environment. The LITE lab is carrying out an evaluation of the game's strengths and weaknesses with the ultimate goal of determining how the game can be used most effectively for biofeedback training. A qualitative pilot evaluation was carried out in the Fall of 2005 and the data are currently being analyzed.

This project, entitled "Integrating Educational Software and Active Learning is sponsored by the US Department of Education's Fund for the Improvement of Undergraduate Education (FIPSE). The primary focus is the development of rich-media courseware, integration of this media into classes, and systematic iterative evaluation of the courseware. The LITE laboratory is responsible for the latter.

See examples of the engineering media created for this project at the best mechanics web site.

A number of publications, which include LITE, have been generated from this project, for example: 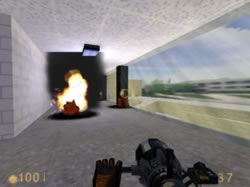 Virtual and Rapid Prototyping (VRPL) and Virtual Environments and Object Modeling (VENOM) laboratories in the First Responder Simulation and Training(FiRSTE) project, which was funded by a one-million dollar grant from the U.S. Army Tank-Automotive and Armaments Command (TACOM). The purpose of this project is to develop virtual
environments for the training of first responders to weapons of mass destruction. The LITE lab carried out the evaluation for this project (Hilgers et al., 2004).

In addition to aiding in the evaluation of the environments, the LITE lab carried out an exploration of an underlying fundamental issue, which we refer to as "affectively intense learning". Affectively intense learning refers to learning of tasks that have to be performed in highly emotional situations, such as those performed by first responders. As an experimental environment for this research the VENOM lab created a model of Missouri S&T's computer science building, as it might appear after and during a terrorist attack. A series of experiments were carried out using this environment, including systematic variation of factors in the VR environment, and a number of behavioral and physiological measures (Tichon, Hall, Hilgers, Leu, & Agarwal, 2003; Hall et al., 2004; Wilfred, 2004; Wilfred et. al. 2004 ). One of these papers (Wilfred et al., 2004) was one of only thirteen out of eight hundred papers selected for a best-paper award at the Association for Advancement for Computers in Education's ELearn Conference. 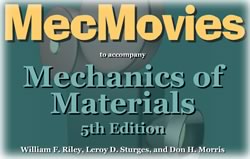 The purpose of  this project is to develop computer-based instructional modules for Statics and Mechanics of Materials, two core engineering courses. The materials will focus on topics involving 3D geometry and will include interaction and collaborative systems. The project includes a detailed iterative assessment, to be carried out by the LITE lab. In the first semester of the project (fall 2005) we carried out a qualitative analysis of student processing of 3D models in an effort to inform system development. Students were required to work in dyads in solving specific problems while using an assortment of physical and virtual models for assistance. One of the most fundamental results was the finding that student success was dependent on students’ ability to decompose 3D problems into component parts based on each of the three dimensions. An abstract, based on this result was accepted for the American Association for Engineering Education Meeting, which allowed us to submit a draft paper for the second round.